I've been making arrangements for my upcoming trip, and considering two different options for travel from Paris to Italy. One option would be to fly via EasyJet airlines from Orly airport in Paris to Pisa. Orly is the airport closest to where my friends live. The flight takes about 2 hours, costs about $90, which allows me to check one bag that weighs less than 20 kilos (44 pounds). Each kilo over that limit costs 9 euros per kilo! From Pisa, I can get a train from the airport to Florence, which takes about an hour, and costs about $9. Total cost: $100. Total time, with waiting at airports and train stations: @ 5 hours. Satisfaction probability: very low. The planes are small, are low on comfort and packed tight.

Another option would be to take a high-speed TGV train from Paris to Turin, where I'd spend the night and get another train to Florence the next day. The train to Turin will cost $75, and the train to Florence about $40. I'll have the extra expense of a hotel in Turin ($60), but it will give me a chance to wander around this northern Italian city for the first time. Total cost: $175. Total train time: 8 hours. Satisfaction probability: very high.

What cinched it for me was watching a video of a train ride from Paris to Torino and Milan on YouTube. I'll have the chance to see a great deal of France as we head south and east, and cross the mountains to Italy. If you watch the video, I think you'll agree that this route is a winner. I'm in no rush to get to Florence, so I might as well enjoy the view on a long train ride. I was able to buy the train tickets online and print them out to take with me. Planning in advance allowed me to find some good bargains, both in France and Italy. To watch the video, here's a link:

Paris to Milan by TGV train

I had another stroke of good fortune this week. While chatting with a friend about traveling to Paris, a woman overheard me and joined the conversation. Turns out that she and her husband are retired French professors who have lived in Paris and know the city well. She's invited me to her home for a crash course about Paris. Should be fun! I'm also finding many videos on YouTube that are getting me acclimated about what to expect and what to avoid.
Posted by marybeth at 11:30 PM 1 comment: 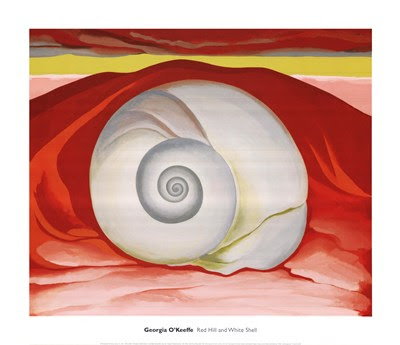 I've been absolutely terrified every moment of my life - and I've never let it keep me from doing a single thing I wanted to do.

Posted by marybeth at 9:50 AM No comments:

Email ThisBlogThis!Share to TwitterShare to FacebookShare to Pinterest
Labels: quote


It's official: I'm going to Paris! And Firenze! My original idea to take the train from Paris south through Provence, down to Nice and over to Genova turned out to be way more complicated (and costly) than I had imagined, so I scaled back quite a bit on my travel plans. Now I've arranged to spend a week in Paris, then fly to Firenze and spend two weeks there. Basta! I leave in four weeks!

All I can say is "Bless my Italian friends!" I'll be visiting the Ruggeri family in Paris, who I haven't seen since 2009. I've visited them twice before at their home in Rieti, Italy, before they moved to Paris in 2010. In Firenze, the mother of my friend Paola has a room to rent, so I'll have an inexpensive place to stay in one of my favorite parts of Firenze, near the lovely park in Piazza D'Azeglio. Besides Paola, several other Italian friends may come and visit me while I'm there, so the time will fly by too quickly, I'm sure.

I haven't taken such a short trip to Italy since 2006, and it will be odd to be there only two weeks. But the expense is minimal, so why not? I won't be working in October, so it's a good time to travel.

I've never been to Paris, or France, for that matter, except to change planes, so I'm pouring over travel guides to get ready for my trip. There's so much to see, I doubt I can fit it all in within a week. While in Firenze, I hope to visit Siena and Montepulciano for a few days. Massimo in Bologna informed me today of a special event going on in Siena. Here's a summary of the notice he sent me:

"The most beautiful, large and magnificent design that was ever done," wrote Giorgio Vasari, describing the magnificent floor of the Cathedral (Duomo) of Siena, an exceptional example of Italian Romanesque-Gothic style. The floor will be visible for a little over two months, through October 24. The precious marble floor is generally covered by sheets of chipboard flooring to protect it from the many visitors to the Duomo, approximately one million a year. The floor, formed by fifty-six inlays, is one of the finest attractions of the church, which took centuries to complete, from the fourteenth to the nineteenth century.

Che fortuna that I had planned to visit during the time this special event will take place! As always, once I get over the fears and hassles of planning a new adventure, magic seems to happen.
Posted by marybeth at 12:07 AM No comments: 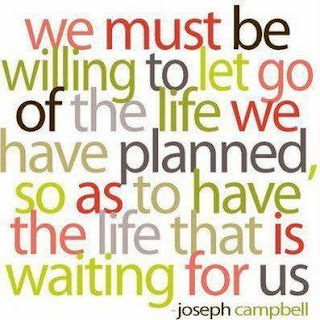 Email ThisBlogThis!Share to TwitterShare to FacebookShare to Pinterest
Labels: quote

I had a stressful time in Italy this year, and I haven't been able to muster up the energy to make a return trip this fall. I have decided to take it easy and recover from my awkward and hectic soggiorno (stay) in Zagarolo. I ended up traveling and spending more money than anticipated, missing out on the quiet time I had imagined for my three-month stay. Still, I had some good adventures!

Now I enjoy having time to swim every day, even in the 100 degree heat, and having time for reading and watching DVDs, while also managing my online classes. I'm looking into other options for house-sitting next year, in other parts of  Italy. One is 30 minutes from the sea, 20 minutes from the mountains, and close to my friends Domenico and Roberto, who I haven't seen in several years. It would be fun to explore  a new and different region of Italy.

In the meantime, the pride of my yard this summer is my moonflowers, who sporadically have more than 100 blossoms. They open after 9 pm, and only bloom for one night, but their fragrance fills the air and beckons hundreds of bees to get drunk on the nectar within. Che bella!

The jasmine I bought last month is growing by leaps and bounds, but the gardenia didn't survive the heat. Che peccato!

Another fun thing that happened recently was having a house guest from Hiratsuka, Japan for 10 days. My son Jesse is involved in the sister city program in our town, and went to Japan in June as a chaperone for a group of high school students. In July, the contingent from Japan came to Lawrence, and we hosted one of their chaperones, Taishi. Here's a photo of Jesse and Taishi going for a bike ride. (For those who don't know, Jesse lived in Tokyo for four years, 2006-2010, and speaks fluent Japanese.)

I've been on jury duty for the past two weeks, but have lucked out so far, as there have been no trials, so no need for a jury. The forecast says the worst of the summer heat is over....at least it's below 100 now. I have a month left to enjoy the outdoor pool, and I plan to make the most of it! A presto!
Posted by marybeth at 9:22 PM 2 comments: