The trip to Eze was a simple one, as we caught a bus near our hotel that took us east, from Nice to Eze, in less than an hour. The bus followed the coastline, past Villefranche-sur-Mer, Cap Ferrat and Eze-Bord-du-Mer, then up into the hills.

Eze is a tiny village, with quaint winding streets that are too small for vehicles. The German philosopher Friedrich Nietzsche wrote the bulk of his work “Thus Spoke Zarathustra” in Eze, where he lived in the late 19th century. There is also the famous Nietszche trail, a strenuous climb that goes from the coastline up to the Village. Nietszche claimed that climbing the trail daily in the summer heat gave him hallucinations that inspired his writing.

And at the top of the village, there is a castle in ruins, the area now covered by an exotic garden with more than 400 cactus and succulent plants. It cost 6 euros to enter the gardens, but it was well worth it, as there is a panoramic, 360-degree view of the Riviera at the top. It was a lovely spot to spend a few hours enjoying the scenery.

Placed amidst the cactus are fifteen ethereal statues of women,  created by the sculptor Jean-Philippe Richard and added to the garden in the 1990s. The visages of the idealized women are said to be "steeped in eternity."

I found the statues to be mesmerizing, and took many photos of them, against the backdrop of the Mediterranean Sea. 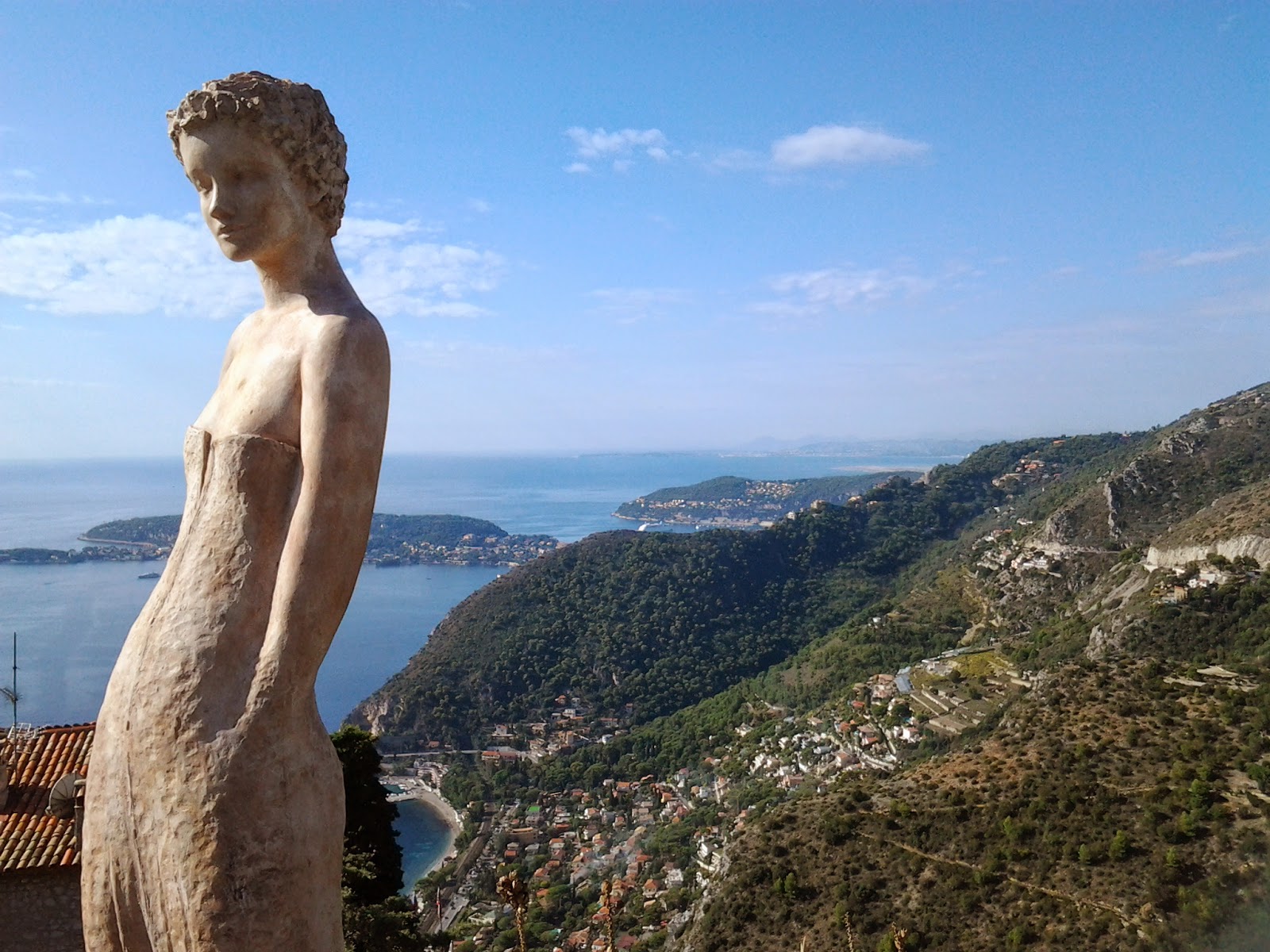 After our trek, we stopped for galettes (crêpes made with buckwheat flour) at a crêperie called The Cactus. Galettes are usually savory, with vegetables, meat and/or cheese fillings.

There are several perfume factories in Eze, including another Fragonard, but we skipped it and visited a different one, Galimard, which had a similar museum and saleshop as the one we'd seen at Fragonard in Grasse. My friend was anxious to get back to Nice, so we didn't linger, and as the prices were higher that what we'd seen in Grasse, it's just as well.


After a rainy day in Grasse, we were fortunate to have such a lovely, clear day in Eze. I'm still haunted by the images of the statues in the cactus garden: it seemed they had some wisdom to impart with their ethereal beauty.
Posted by marybeth at 10:03 AM