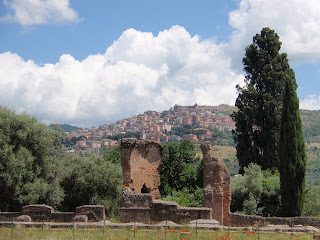 A view of Tivoli from Villa Adriana


While my friends were here from Modena, I drove them to Tivoli, a 30-minute drive from Zagarolo. We went to see Villa Adriana, which was built as a retreat for the Roman Emperor Hadrian between 125 and 134 A.D. In the later years of his rule, he governed the Roman empire from the Villa. It has been designated as a UNESCO World Heritage site. 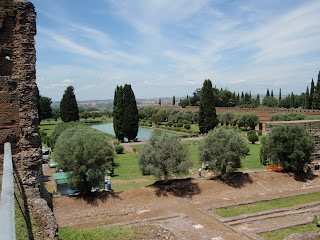 the Pecile at Villa Adriana 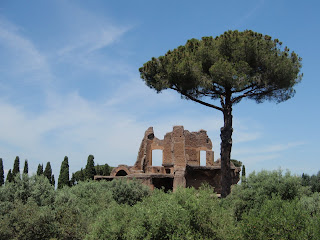 Hadrian was involved in creating the architecture of the estate from his own ideas, and the style of the statues, sculpture and mosaics were inspired by his travels to Greece and Egypt. The Villa still preserves the grandeur and splendor of the ancient Roman world. Hadrian was also responsible for building the Pantheon in Rome. 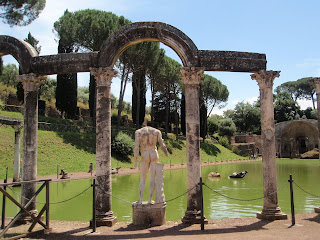 One of the most striking and best preserved parts of the Villa is a pool, named Canopus after an Egyptian city. There is a grotto at one end called the Serapeo. This was my favorite part of the complex: I found the green of the trees on either side, and the long expanse of green water to be both mesmermizing and relaxing. 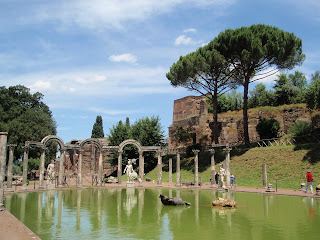 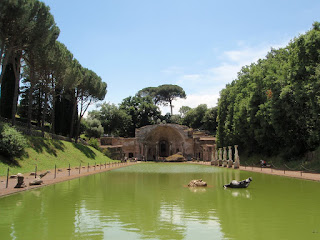 
After our long walk through the vast complex of the Villa, we stopped for pranzo (lunch) at a restaurant on the premises and had another delicious Roman meal. (I can feel the pounds creeping on!) Unfortunately, by this time we were weary, and still had a date to visit the Tufaio winery, so we didn't make it to another villa in Tivoli, Villa D'Este, famous for its fountains and flower gardens. It will have to wait until another day.