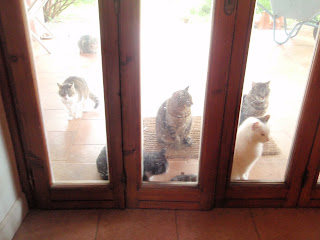 I've been remiss in not introducing my companions in Zagarolo: i gatti, the seven cats that I'm here to take care of. Seven may seem like a lot, but six of the cats live outside and are no bother: they only need food and water twice a day. The seventh cat, Nina, lives in the house, and is the principessa of the group. However, another cat, Tina, is my favorite. She's old and arthritic, but still dainty and sweet. Several of the male cats eat a special food mix, due to renal problems, but mostly they're an easy bunch to care for. Here's some photos of the crew: 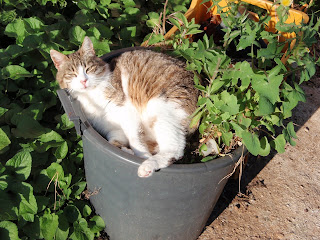 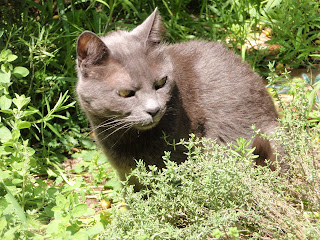 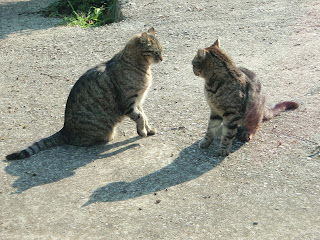 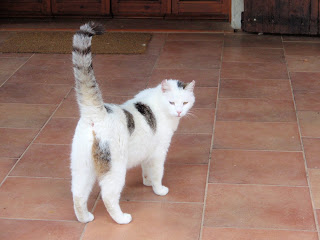 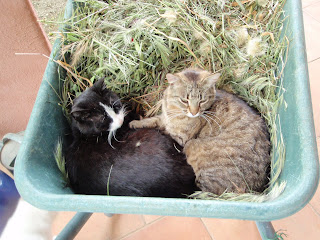 Gianni and Bella in their favorite hangout
Posted by marybeth at 11:44 PM