Food of the Gods (and Goddesses) 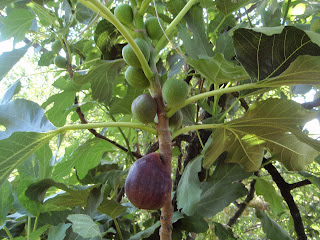 Figs!
Suddenly, I have a bumper crop of fichi (figs) on my hands. I've never had fresh figs before, and with such a quantity, I've been doing research to find some recipes that don't involve using them for jam or desserts. To my delight, I've found many that pair figs with prosciutto or cheese, and suggest using them in salads and on pizza. 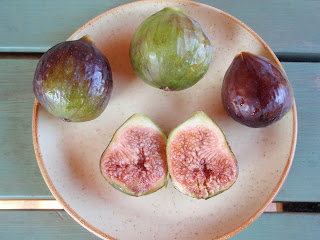 Did you know that the fig is one of the first plants cultivated by humans? Fig fossils dating back to 9400 BC prove it! It's even believed that they could have been planted and cultivated intentionally, one thousand years before wheat and rye were domesticated. Figs also served as a common food in Roman times. And as for nutrition, figs are one of the highest plant sources of calcium and fiber. But they also have a laxative effect, so it's best not to eat many at one time.

(postscript: later, I learned that this crop of figs is basically of no value. Usually, they drop to the ground and are not used. In September, the sweeter figs arrive, the settembrini, which are much juicier and sought after.)

I have some other beauties in the yard, including melagrana (pomegranate), which are just starting to form their fruit, as shown below. 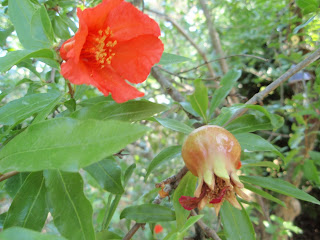 I neglected the carciofi (artichoke), but now have a lovely plant to watch as they go to seed. 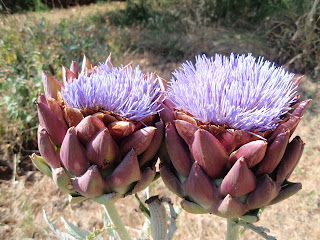 And these aren't plants, but I enjoy their shape: demijohns once used to store wine, that were rescued from rubbish bins. 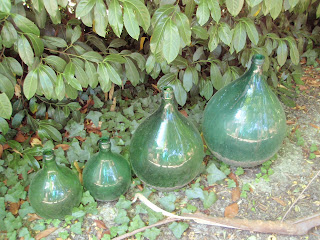