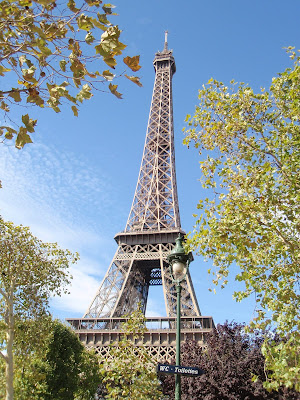 For me, travel is all about learning. Language, culture, history, art, literature, music, food....these topics and more all come into play when I make travel plans. Preparing for a trip abroad can start months or even years in advance, as I do research to learn more about my destination so I can make the most of my travels. For an upcoming visit to Paris, my preparations began more than a year ago, reading accounts of the lives of Impressionist artists whose art will be a focus of my stay. Monet, Renoir, Manet, Rodin, Degas, Cassat, Morisot all figured prominently in my research. I whiled away the winter months absorbed in accounts of their lives, through both historical fiction and non-fiction books, some of which I will list at the end of this post. Though I previously visited Paris in 2012, this visit will be devoted to zeroing in on specific areas of the city that I want to explore.

More recently, I've turned to blogs and memoirs written by people who live in Paris for my research, as well as more general fiction, even some chick lit titles, that take place in Paris. One of the most interesting books I've read recently is one by Liam Callanan, previously known for his novel-turned-movie, Cloud Atlas. His new novel, Paris by the Book, is an inventive rendition of the ever popular "American adjusts to life in Paris" saga. In the process of reading the novel I was introduced to several other iconic books and an area of the city, usually forsaken by tourists, that I hope to explore while I'm there. 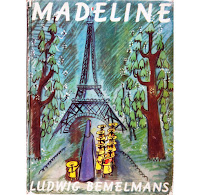 Rather than go into the plot of Callanan's book (which I wholeheartedly recommend), I'll mention the children's books that are integral to the storyline: the Madeline series by Ludwig Bemelmans, and The Red Balloon, by Albert Lamorisse, which later became an award winning 1956 short film. Though I read the Madeline books as a child, and have vague recollections of The Red Balloon story, revisiting them as a guide to my upcoming travels has been a playful and enlightening approach.

I also learned about the Menilmontant quartier of Paris, which is the setting for the Lamorisse film. Located between Montmartre and the Pere Lachaise Cemetery, it is largely untraveled by tourists, but is said to provide some awesome vistas. You  can view the Lamorisse film via these links:

Another series of books that take place in Paris was inspired by a real-life event in 2010 when a Paris apartment was discovered after being abruptly abandoned by its owner for 70 years. At least four different authors have used this scenario to create works of fiction, each unique in its cast of characters and plot, while using the real story as background. I've read most of these books, some better than others: the first two capture more of the facts behind the real story, but all of them are entertaining. For an account of the true story behind the books, use this link:
Lavish Paris apartment untouched for 70 years

I could go on and on about the treasure trove of books about Paris, but instead, I encourage your own research on the topic. Here's hoping the titles I've provided in this post will get you started on that journey. Enjoy!