History is always evident in Firenze, and its always a treat to stumble upon a historic event going on in the  centro storico. This year, I witnessed a parade on the feast of Santa Reparata. Santa Reparata is the co-patron saint of the city, sharing the role with St. John the Baptist. 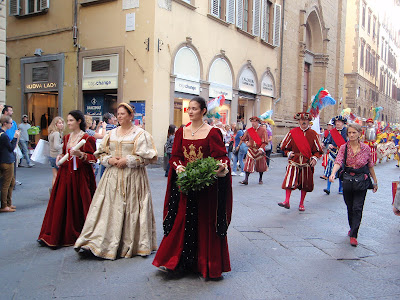 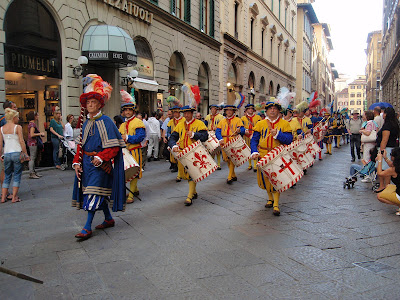 Every year on October 8th Florence celebrates its co-patron with the Florentine Corteo Storico (a parade in historical costume), making their way through the streets at 4 pm to arrive at the Duomo. Then at 4.30pm a blessed candle and wreath are placed in the crypt of Santa Reparata underneath the Cathedral. I followed the Corteo Storico as they made their way from Piazza Signoria to the Duomo.