I have a work project that will keep me in Florence for the next two weeks, but there's enough going on here to keep me occupied in my spare time. 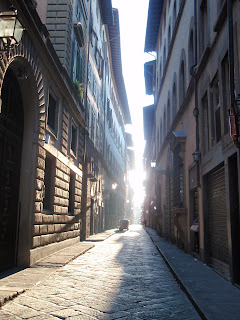 My street on a Sunday morning.

I've made several new acquaintances and a new conversation partner to do things with. I met Patrizia, a native Florentine, via a note she'd posted at the Paperback Exchange store that is nearby. She was looking for someone to converse with, and it turns out we don't live far from each other and get along quite well. Her daughter attends a university in Scotland, where Patrizia often travels to visit her.

Earlier this week, I attended a lecture on Dante at an American University here. Three students at the school gave some background information on Beatrice, who served as a muse in Dante's world famous poetry (The Divine Comedy). After the short lecture, we walked to my area of town to view some plaques on the walls of several buildings, with quotes by Dante. The plaques were erected by the city of Florence in 1907. 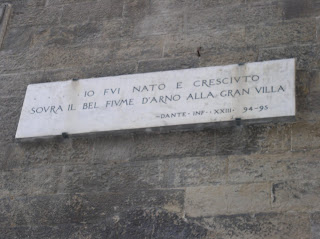 I've been a fan of Dante for many years and am pleased to live in the area of town where he and Beatrice lived. Their family homes are just down the street from me, as well as the Chiesa di Santa Margherita, the church where Dante first met Beatrice. 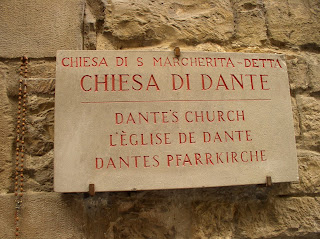 At the lecture, I met a woman from Boston who is here to study Italian and Dante, and we had a good chat over coffee. Today I'll attend another lecture, this one on famous women in Florence's history, including Elizabeth Barrett Browning and George Eliot (Mary Anne Evans), who also have memorial plaques. 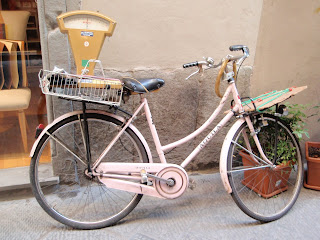 I've also met some people through a Meetup Language Exchange group that gets together occasionally for dinner, movies or aperitivi (wine and appetizers). I went out for aperitivi with the group last week (similar to happy hour in the U.S.), and had a great time. Tonight the agency I'm renting from is also hosting aperitivi for their clients, which I'll attend.

(P.S. I went to the aperitivi tonight and ran into two people I'd met in other places this week: one from the Meetup group, and another from the tour I went on today. I also met two young women from Kansas City this week. It makes Florence seem even smaller, or at least the expat community. 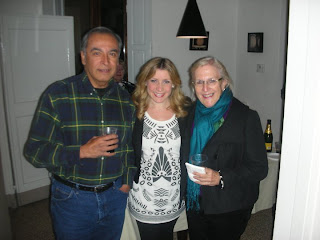 At the aperitivi, I met people from Austria, England, Mexico, Ireland and New Zealand who are renting apartments from the same agency as me. The food and wine were also quite good!) 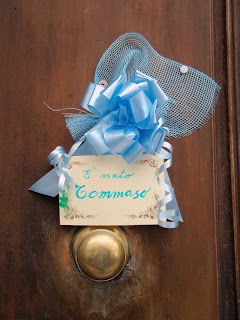 I've made some progress with the laundry and heating hassles I mentioned in previous posts. If I fare il bucato (do the laundry) before 7 am or after 7 pm during the week, the rates are cheaper on the utilities I use. I've come to understand that it's best to run the riscaldamento (heating) for 2-3 hours in the morning and again in the late afternoon. In addition, I can put my towels and clothes on the radiators to warm them up in the morning, and do the same with my sleepwear at night, making them cozy and warm! If I wear a sweater and a scarf around my neck, I'm able to function just fine when the apartment is around 65 degrees. Little by little, everything becomes manageable. It makes me wonder how much energy we'd save in the U.S. if everyone learned to live this way? 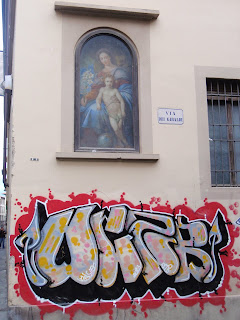 The cold snap we've had the past week seems to be lifting: the sun is out and warmer temperatures are forecast for the next week. So even though I'll be working, I can enjoy the weather and the view from my terrace.
Posted by marybeth at 2:40 AM

Well the cold snap is here now in Lazio, 10C and very windy today! You are certainly getting into Italian household habits, besides meeting lots of people so quickly, advantage of city living.

grazie mille per i tuoi commenti!

Florence is really a small town...tonight I went to an aperitivi hosted by the agency I rent from, and ran into several people (expats from the U.S. and New Zealand) that I'd met at other events in town...amazing!

Marybeth,
I'm so happy for you!
Have you met up with Monica yet?

BTW, It's me, Carole DeSimone