Wandering Around Villas and Gardens 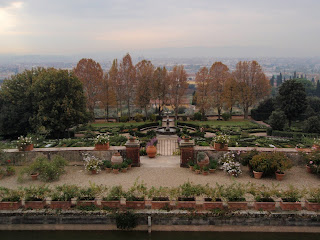 A view from Villa di Petraia

In contrast to my previous post about Italy being a culture where "less is more," yesterday I had the chance to visit remnants of an era where the opposite (''more is never enough") was a way of life in Italy, at least with the nobili (nobility). I visited three villas of the Medici and their gardens, seeing an area north of Florence that was new to me. It was part of a free tour sponsored by the city, called Per ville e per giardini, running from June through November 14. 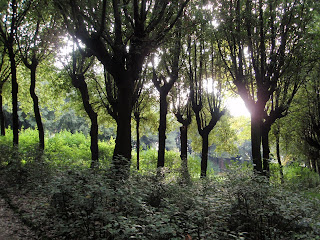 Amidst the trees near Villa di Castello

It started with another adventure, of sorts, as I was unsure which bus stop to get off at. A woman at the tourist office told me the name of the street, via Giuliana, but neglected to mention there would be 10 different stops on that street. Naturally, I got off at the first stop when I should have waited for number 10, which added over thirty minutes of walking time to reach the villas. But it was well worth the effort!

The first stop on my itinerary was the Garden of the Villa di Castello. It was extraordinary! The villa itself houses the Accademia della Crusca, (a society of intellectuals who oversee the Italian language), and is not open to the public. But the gardens, once used by the Medici, are open to the public and free. 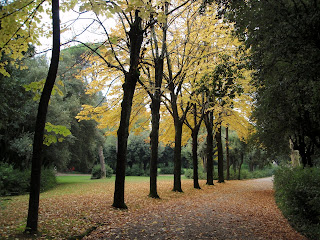 A path in the gardens of Villa di Castello

First, I wandered through the wooded area of the gardens, at home amidst the trees. It was a cloudy day, and only a few other people had ventured out to view the parks that morning. Then I visited the formal gardens with herbs and citrus trees in profusion. 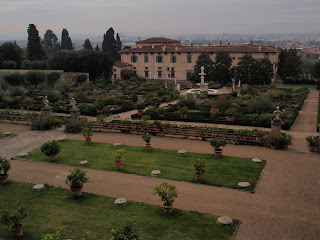 The citrus gardens, with Villa di Castello in the background


There was also a grotto in the formal garden area, called Grotta degli Animali, which has a menagerie of animals sculpted by Giambologna and his assistants. 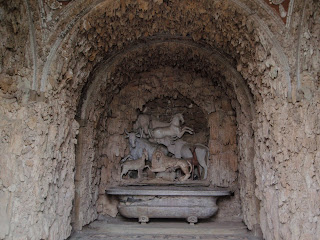 The mosaic on the ceiling, made of stone and shells, is spectacular. I spent over an hour walking through the gardens at Villa di Castello. 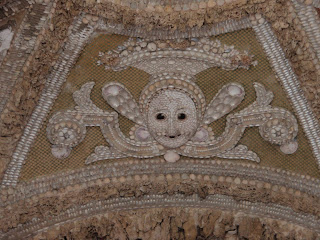 Next on the itinerary was the Villa Corsini di Castello, which had a display of Roman statues, along with Etruscan items that were recently excavated from the plains around Florence. There was also a formal garden here, but no public access. I didn't spend much time at this villa, and photos were not allowed inside. One highlight: a Roman copy of the Greek sculpture of Ariadne sleeping. 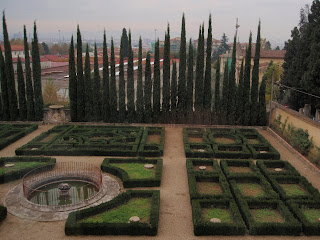 The last villa on the agenda was a short walk up the hill, to Villa di Petraia, and the most spectacular view of all. Here, there were not only formal gardens to explore, and a panoramic view of Florence, but one could also take a tour of the sumptuous villa, complete with frescoed walls and furnishings. 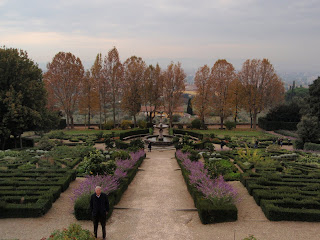 I spent several hours at Villa di Petraia, as there was a lot to see, and the tour of the villa itself took an hour. Some highlights: a panel by Botticelli and Giambologna's statue of Venus. Photos were not allowed, but you can get an idea of the place by accessing the following link. It's in Italian, but the photos are great, and there's even a short German video with views of the villa.

I can easily imagine i giovani (young people) from Bocaccio's Decameron hanging out in this villa in the hills north of Florence, fabricating stories to amuse themselves as an escape from the fear of the plague and its devastation. In the gardens there were still-blooming herbs (lavender, sage, rosemary) and remnants of hydrangea and iris. I'm looking forward to coming back in the spring to view the gardens in full bloom.

My visit to the villas took about six hours from start to finish, and I was walking for at least four hours. It turned out to be the perfect excursion on a cloudy day, and I returned to Florence filled with wonderful images of the gardens I'd explored.

---------
Today (Sunday) I finished the tour by visiting Palazzo Riccardi-Medici here in Florence, where the Medici once lived. It's now a museum, and it was a good place to hang out on a rainy day. Walking through town, I noticed long lines of people under their umbrellas, waiting to get in several museums. Tomorrow is a national holiday, so many Italians have come to town for the three day weekend. Unfortunately, rain is forecast for the next three days!