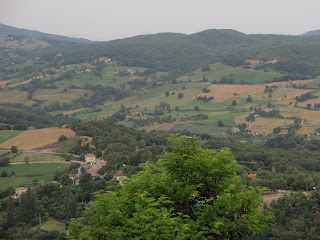 
After Venice, I took the train to Modena, to see Marco and Marvi, who had visited me in Zagarolo in June. I'd been to visit them last year, and you can find out more about Modena and how I met these friends, along with links to many photos, by clicking here:

After resting for a few hours in their comfortable home, in the evening they drove me to nearby Castelvetro, where there is a large, well-preserved castle built in the 5th century. We saw several castles that evening before stopping for dinner. 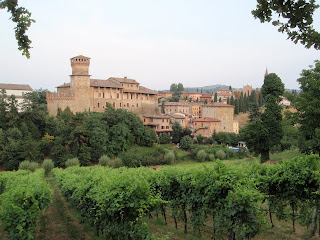 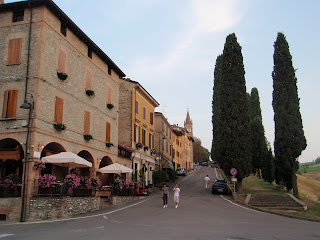 Another village along the way 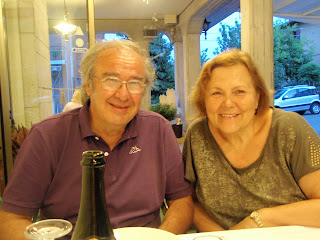 The next day we headed into the hills south of Modena, and spent the entire overcast day stopping to visit small villages, churches, medieval castles and bridges. Our destination was Riolunato, a small village about 80 km south of Modena. A friend's husband back in the States has roots in the town, and asked me take some photos of it. Marco had mentioned it as one of the areas where he often rides his bike, and offered to drive me there, even though it is several hours from Modena. Marco works nights as a pediatrician in nearby Pavullo, and after his shift, he likes taking an early morning bike ride in the hills near Riolunato. 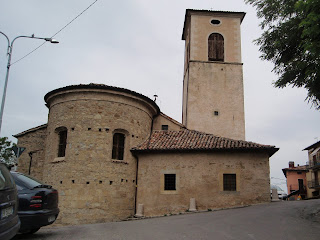 In Renno, we stopped to visit this pieve, or parish church, built around the 9th century. 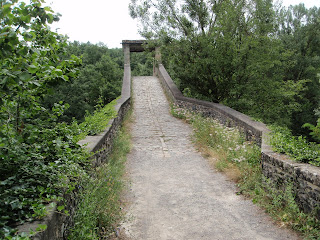 
We also stopped to see several medieval bridges that are still intact, though only used for foot traffic, if anyone can find them. I'd never have found my way here on my own, but Marco seems to know every nook and cranny of these hills. He also knows the best places to eat along the way! 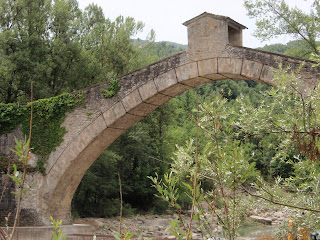 Another view of the bridge.


You can see the braces that have been added to the middle of the bridge to keep it sturdy. The longevity of these bridges attests to the mastery of those who built them. 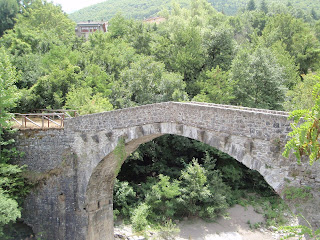 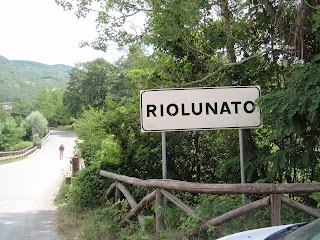 
Here we enter Riolunato, nestled in the hills. It's difficult to get to this area, as there are no trains and few buses, so car travel is a must. I'm fortunate to have friends who know the area well and are eager to share it with me. We stopped for dinner at the Hotel Cimone, which had lovely views of the surrounding hills. 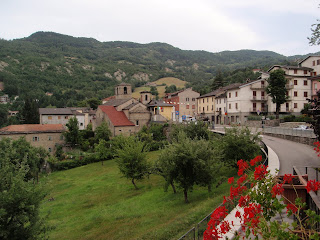 The last town we visited before heading back to Modena was Fiumalbo, a charming village touted as "The City of Art," though we weren't sure why. 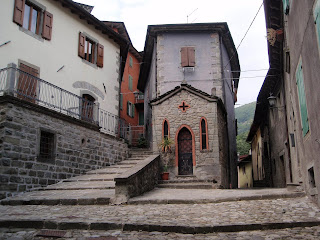 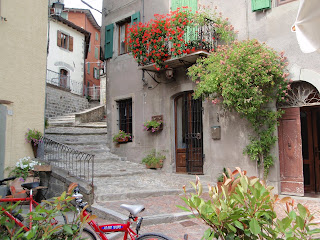 Fiumalbo, near the main piazza


Still, we enjoyed walking along the cobbled streets, hoping to see the ruins of Fiumalbo's castle, said to have remained impervious to attack throughout the Middle Ages. Unfortunately, access to the castle was closed off, but we were able to view the wall that supposedly kept invaders at bay. 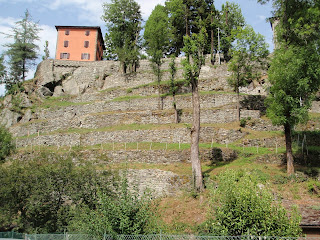 
I'm very grateful to Marco and Marvi for hosting me in their home for the second year in a row. I love being able to see parts of Italy that are off the beaten track, and I'm humbled by the generosity of my friends in granting me the opportunity to do so.
Posted by marybeth at 10:47 AM