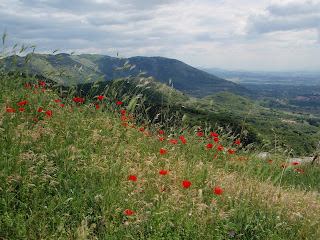 Castel San Pietro Romano is one of the many Castelli Romani ("Castles of Rome") that surround Zagarolo: it's a tiny hill town with 835 inhabitants. It's only a 20-minute drive from Zagarolo, and I've already been to visit it twice. During the week, the town is virtually empty, but it's a popular destination for a weekend jaunt. Starting from ancient Roman times, the Castelli Romani was an area frequented by the noblemen of Rome for its fresher climate during the summer. The area of the Castelli sits on an ancient, fertile volcanic area which has allowed a flourishing agriculture, from ancient times continuing into present day. 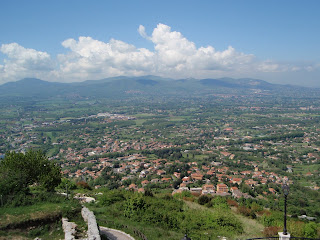 A view of the hills of Rome from Castel San Pietro

Its charming Old Town, as well as having interesting streets and squares, features a number of vantage points from which you can see beautiful views of the valley and the foothills of the city of Rome. Another noteworthy feature of this small village are the ancient cyclopean walls of pre-Roman origin, present in one part of the old town. 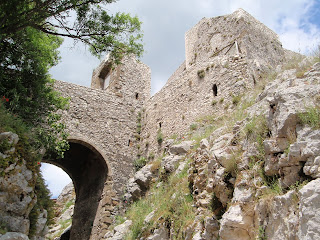 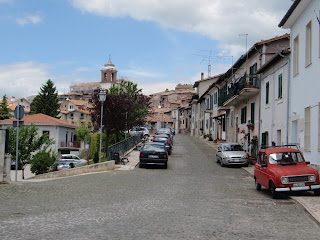 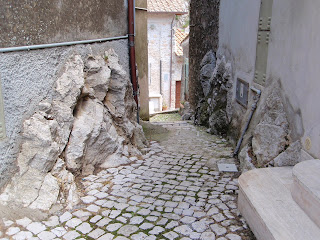 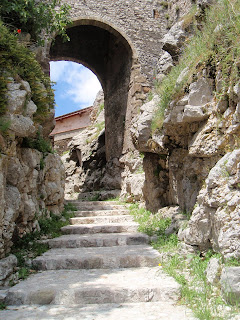 Portico to the Castello

Here's a charming little video, which offers more scenes of the town. It's in Italian: basically they talk about the myth that Saint Peter came to preach in the town, and how the town was made famous as the setting for several movies starring Vittorio de Sica and Gina Lollobrigida.