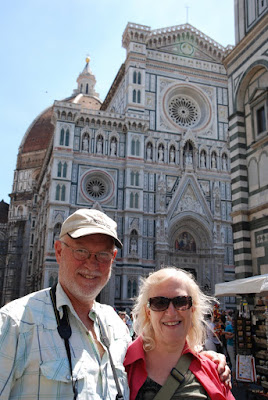 Me with Walt, a friend from Kansas

When in Florence, I usually stay in a hotel near the train station, but after living in the centro storico, I wanted to find a hotel closer to my old neighborhood. My friend Haruko suggested one that her sister had stayed in, close to Piazza Beccaria, called Orti di Cimabue. I was very pleased with the hotel, the location and the price. As mentioned in my post about my birthday surprise, a young woman at the hotel played violin in the orchestra for the performance that night. Not only that, but when I told her it was my birthday, the next day I found a red rose in my room, along with birthday greetings. I've already decided to return to Florence at the end of my stay this year, and hope to return to this hotel. 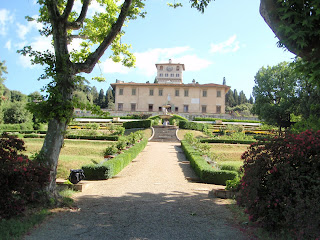 One of my adventures while living in Florence last fall was to visit some of the Medici villas outside of the city, and I decided to return there this week, to see what was blooming. When I was there in the fall, there were only remnants of the flowers that had bloomed in the spring, and I envisioned a bountiful display in the right season.

I got up early and took a bus to the train station, where I caught another bus to Castello. (Number 28 and 2 will get you there, but the latter one has fewer stops.) I asked the driver if he stopped at the Villas, and he said yes, but neglected to let me know when we arrived, so I had a good walk back to them when I did get off. To my surprise, the parks looked much the same as they had last fall. I had missed the spring flowering season, and very little was in bloom that day. It was disappointing, to say the least. And since I have such a lovely landscape where I'm living in Zagarolo, I don't have the same craving for parks that I did while living in Florence last year. On the way out of the Villa Castello, I asked directions to the nearest bus stop, and discovered it was right near the entrance, which saved me a lot of unnecessary walking. For more info and photos on the parks, here's a link to the post I wrote last fall:

While in Florence, I decided to do some research on gnudi: by that I mean that I went to several restaurants where I had eaten gnudi before, to see how it compared to the recipe I've been using. At the first restaurant I tried, I was appalled...only a bland taste of spinach was evident in the green blobs on my plate, along with heavy shavings of parmagiana cheese. The gnudi lay in a pool of butter, but there was no evidence of sage that should flavor the butter. The dish was so tasteless, I should have complained and sent it back. When I'd tried gnudi at that same restaurant last fall, it was very tasty. 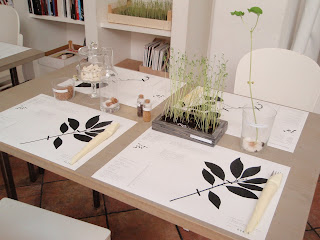 The next day I went to my favorite restaurant in Florence, Libreria BRAC, which is actually a vegetarian restaurant in the vicinity of Santa Croce. The place also serves as a library, where one can read, write or use the wifi service. I'd first eaten gnudi there last fall, and it was exquisite. This time it was good, but not as good as the gnudi I've been making. SCORE! The ambiance at BRAC is creative and playful. This time they had a display of growing seeds on the tables, to smell, touch and taste, and when you paid your bill (very low prices!), you were given a sample of seeds to take with you. 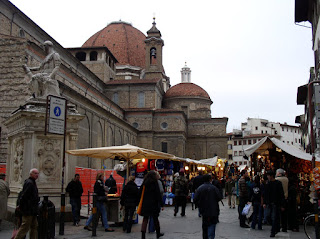 
When in Florence, I always find time to stroll through the San Lorenzo market, one of the best shopping markets in the world. I have several "favorite" vendors where I usually buy gifts, and get a discount each time for favoring them. 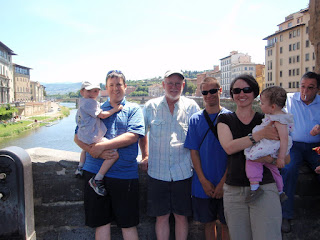 
On Sunday, just before I left Florence, I spent a few hours with some friends from Lawrence who had come to the city for the day. They were spending a week in Italy and it was an odd coincidence that we would be in Florence at the same time. We only had a short time together before I had to catch my train back to Rome, but it gave me a rare chance to share my favorite city with friends from Kansas.
Posted by marybeth at 2:09 PM